It’s been a few months now since Tommo and SNK Playmore’s Neo Geo X was released and early adopters have likely put some serious time into the system’s initial 20 packed-in arcade classics. Don’t wrap up that fancy new joystick yet, retro gamers. Come next month the NeoGeo X will be firing off a heavy salvo of new games and updates that would pack enough punch to make everyone’s favorite Super Vehicle No. 1 cruising commando blush.

On June 25th SNK Playmore will be releasing Neo Geo X Classic’s volumes I-V. These 3-game cards will each feature a variety of SNK’s classic games, along with a much-needed firmware update to improve some glaring sound and aspect ratio flaws that have cast a bit of a black cloud over the console since it was released last December. In addition to these fixes, the firmware update also features the very welcome addition of game save support. Each game collection will also include a Rocket Cable, which works as a quick charging cable as well as a data transfer tool for updating the system’s firmware, free of charge.

Each of the Neo Geo X Classic’s volumes will retail for $24.99 per card, and come in a clamshell case reminiscent of early Neo Geo releases and come with a variety of bonus materials for SNK fans. SNK will also be releasing a single-card collection featuring the entire Neo Geo Classic’s collection titles for 79.99. This hefty “4141” meg package (talk about a GIGA SHOCK!) will come in a slick snap-lock style case similar to that of the Neo Geo’s later releases.

The full list of Neo Geo Classic’s volumes and titles:

While the official release date has been announced as June 25th, Amazon.com interestingly enough has the release date listed as June 6th on their pre-order page. Whether or not this means we may be seeing this hefty onslaught of arcade gaming goodness a few weeks early remains to be seen but one thing is certain: SNK hopes to bring the glory of the arcade’s golden days to your living room this Summer.

Five Times Konami Screwed Up Their Own Franchises

Yes, they’ve been doing it for years   In case you’ve somehow managed to miss the utter shitstorm that’s recently spread across the Internet like a very angry wildfire,… 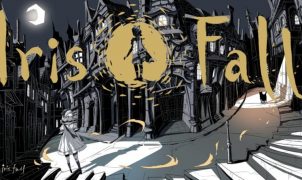 Falling for Iris     Brevity, as they say, is the soul of wit. It’s a sign of eloquence to be able to say more with fewer words. Iris.Fall… 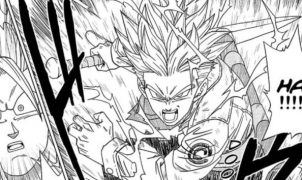 The Universe 6 and 7 invitational tournament continues! Will volume 2 be ‘Frost’-y or a big ‘Hit’? The second Dragon Ball Super volume covers chapters 10 through 15, with…